Now I feel what the ‘working class’ go through when they feel super exhausted when they come back from a hard day’s job and use the whole weekend to sleep. I haven’t even started ‘WORK’ and I’m already feeling ‘spent’. Maybe God is sending a message, that hard life is nor for me or what do you think?*winks (speak lord!your servant is listening)

I got to work late today (say 6.10pm). I went for a conference (that was awesome & insightful by the way) and I  came back late. I got into  my office and made an attempt to sleep on the examination bed…an attempt…meaning that I didn’t do it (I really wanted to). Apart from the fact that I was tired, I was also in a low mood (a lot of things on my mind mehn). Patients started coming in as I was the only doctor around (patients don’t understand all them mood swings, they just want to be attended to). I saw a pregnant woman, who came in for antenatal (I had seen her some weeks back), she was looking so due!like the baby could pop out the next second! I ran all necessary checks on her, counseled her about her possible delivery dates and gave her drugs( it wasn’t this quick definitely, but I can’t be writing thesis on each procedure I did na). After she was gone, I went to the nurses station to find out the cases on ground, there was a labour case! CS precisely*dancing but she didn’t know when it was starting. ‘Please inform me when it’s about to start’ I told her as I went back to my office. Some 30 minutes later, one of the nursing assistants came to my office, ‘Oga said I should call you’ she said, ‘oh ok, where is he’. I asked, ‘in the theatre’ she answered and left. I zoomed out of the office, through the staircase to the nurses station…The nurse I asked to call me wasn’t there. ‘shebi I told this woman to call me, nawa ooo’ I thought as I walked to the theatre, but I was really excited…‘I will be taking part in my 1st CS as a doctor’ I suddenly started feeling my shoulders float in the air loool. I got in just when they were about to start. I helped in the setting up and as the procedure commenced, I watched intently. You know, the thing with dealing with a healthcare professional (she was a nurse and member of staff) be it surgery or any other procedure is that there will be ‘2 coaches’ in the team. So all through the C-section, the nurse in between winces of pain (which I think was fear & not pain) was dishing out instructions to Oga, at some point the back and forth thing was becoming very funny

Woman: ‘Oga that side is paining me, shift the retractor small’

Woman: ‘Oga na, why are you intentionally causing me pain na? Infiltrate the uterus before you go in’

Oga: ‘Shey you will come and do the thing yourself’

The thing is, during deliveries, the pains the women experience make them say a lot; from blaming God, to blaming the man for putting her in this situation, to blaming herself to calling strange names…all sorts. I am sure if we were to record all she said during the procedure and played it for her after delivery, she will be so embarrassed. Lol. At some points during the procedure, she would raise her hand towards her abdomen (probably cos of slight pain) and Oga will use the instrument in his hand to hit her hand loool. It was a battle! Some other times, she would stiffen her thighs which would tighten her abdominal muscles and Oga would pinch her legs. As I watched, I remembered Greys anatomy where the doctor would hold the patients hand, comfort & assure her. I went by her side, held her hand and told her, ‘everything will be alright, we are almost there’. She looked at me, nodded and held my hands tightly (I felt like an Oyinbo doctor instantly *lool). There was this particular time when she felt this sharp pain and she bit my hand! ‘Shet!’ I screamed in my mind. I wanted to remove my hand o, but she was holding it tightly. I had to endure the pain mehn.

The baby came out and the suturing began. Oga is just a comedian *loool. He started teasing her as he was suturing, ‘Look at you, you can shout at other women during delivery, but see how you were shouting upandan’, he said some other things in his native language from time to time and the nurses burst out into laughter. See me looking so lost. At some point, he started talking about books he read in primary school (in English lool), hilarious names I tell you, he just kept cracking us up till he was done. That was around 10.15pm. We went to his office, and while he was inputting details of the surgery, I asked questions, he answered and then around 10.30pm, I proceeded to leave. I didn’t even think twice, there was obviously no vehicle at that time, so I either ordered Uber or use okada to take me straight home, I was thinking about how I was going to describe my current location to the Uber guy when I saw an okada guy, after going back and forth about price, I finally climbed in and we zoomed off.

Want to get in touch? 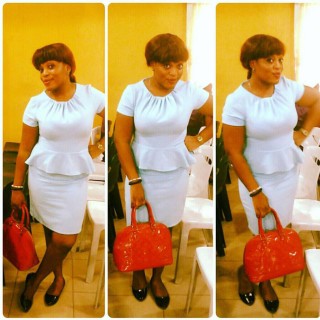